The social media marketing classes I’ve attended tend to demonstrate that there are two key skills required to successfully build an audience;

Knowing how to build visual content and construct images.

Knowing how to create compelling content which speaks directly to your audience.

Essentially, what I figure they’re saying is that the key to any good marketing strategy is to find your niche. You do this by asking yourself ‘Who are my ideal customers?’, ‘What do they want?’ and ‘How can I speak to them/How can I create content which will stand out to them?’.

The thing that’s so deliciously complicated about these questions is that, there’s no single answer – especially to the latter two. The great news though, is that you are in the best position to figure out what your desired audience will/do find most engaging since you know exactly the type of person you made the business, blog or whatever you’ve started for. 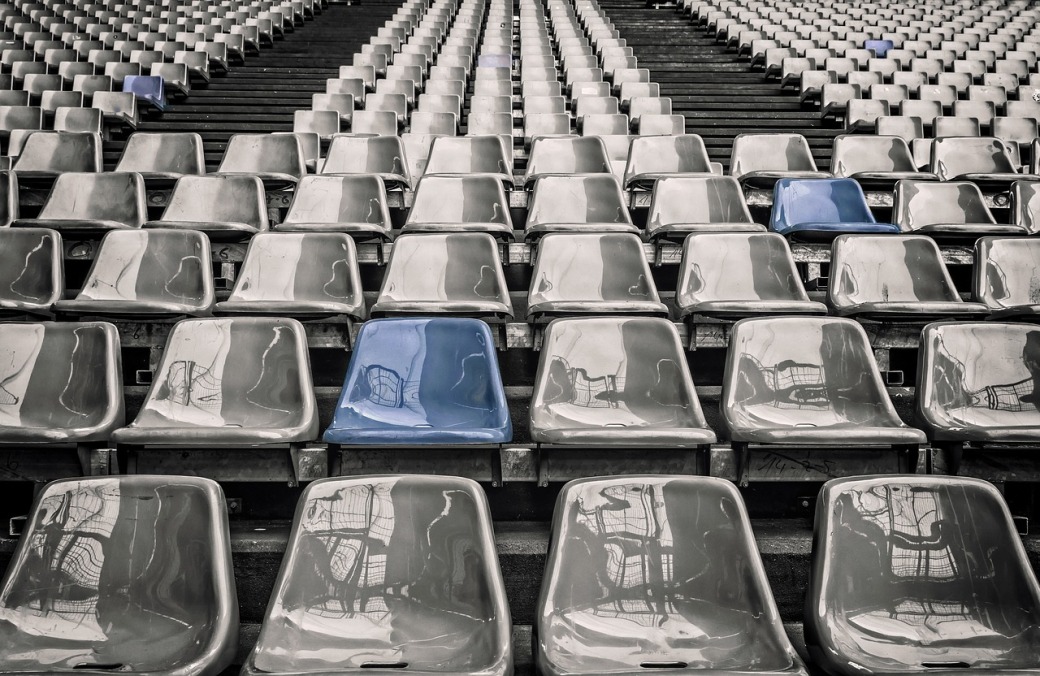 So the idea is that finding your own audience is way, way more valuable than attempting to market to everyone. Just aim for the seats in blue.

Inkbike for example, was made for people like me that are motivated to create their own opportunities or ventures but might lack the knowledge or inspiration to get it started. So everything on this website is structured as if I’m speaking to myself. Someone who might have an average skill set but is irritatingly curious about EVERYTHING.

Even when you know who you’re creating content for however, the best way to figure  how best to engage with them is by experimenting. Keep posting!

Post different types of media with different styles, tones, use of language and visual style. Then you review how your audience responds to each…and like…never stop doing that. Find what sticks, both for you as the creator so that you stay motivated and for the audience who give you feedback.

When starting out, many say it helps to focus on your audience by breaking down what you do.

No arguing that this sounds intimidating, but then it can be an absolute joy to get to be inventive and creative in social media marketing (or any marketing really) – even better is that any successes you have in this field are instantly validated in the way your audience reacts, making your efforts feel incredibly worthwhile.

When starting out, many say it helps to focus on your audience by breaking down what you do. So like, if you’re a café (just as an example) then ask yourself what kind of café you are. How do you want people to use your space?

Do you provide a lounge environment and want customers to stay and enjoy their drink rather than take it to go? Are you selling gourmet coffees meant to attract the attention of coffee roast connoisseurs? Are you looking to attract the working crowd who want to grab a cup in the morning on the way to work?

While it takes time to figure out who your audience is, but when you have, your next focus should be figuring out how to speak to them – and speaking to your audience (not your competitors, not to get the attention of as many people as you can or anyone else) should be your priority when creating any content that you post.

Now, due to the absolute plethora of content which is posted every day on social media, your second biggest focus should be asking ‘how can I make my content stand out?’

This is where trends come in to play.

Keeping an eye on social, technological or visual trends is pretty labour intensive which makes it hard for entrepreneurs who are busy…you know, actually CREATING their business in the first place. Praise be to Getty Images then for putting in the leg work for us.

If you don’t know them, Getty Images are a company which sell licences for people to use their stock images. They’re one of the biggest companies in the market and you’ll see them credited pretty often on images in massively popular news websites like BBC, CNN and The Guardian.

They get more than a billion annual visits to their website, with some looking to buy and some looking just to browse their image library for inspiration.

The great thing about having all these visits is that Getty Images is able to view what people are searching for and where they are searching from – and, just like some kind of marketing Christmas event, they put some of these stats into handy reports once per year and publish them online for free (liiiiiiink).

a huge high-five to the good people at Getty

That’s pretty gosh-darned useful information to get a hold of, so a huge high-five to the good people at Getty who put that together.

Now I really, really recommend that if you have an interest in digital marketing that you take a look at their 2017 report and the others featured on their site, but here’s one trend in particular which caught my eye.

Getty describes ‘Virtuality’ as imagery which puts the viewer in the front seat.

Rather than looking at an image, we are in the image. We’re not seeing, but experiencing it

The popularity of this trend is evidenced by the the surge in popularity of platforms like Instagram and Snapchat in 2017, and specifically their ‘stories’ feature.

These forms of user-generated media almost entirely remove the barriers between creators and viewers as users are able to share near-live images or videos instantaneously.

In fact, with Live Videos users have the ability to live-stream events straight from your phone to your entire follower-list. Platforms with this feature also tend to massively encourage you to do this since they reward you with notifications sent out to all your followers telling them about your post.

In turn, your content gets higher engagement with your audience because users are prompted to check it out regardless of whether or not they are active on the social media platform when you start posting.

LOOK HOW IN THE FRONT SEAT YOU ARE!

Because these stories are also removed after a finite time period, they don’t need to be as meticulously sculpted into photoshopped perfection as many would have posts on their page be. As a result, we have an entirely new, rawer visual style which is being catapulted into popularity.

If you’re like me then at this point you’re thinking;

‘Isn’t 360 and VR content just a fad that’ll pass – kinda like it did when the Google Glass headset was released to deafening ambivalence by everyone?’

I mean, you’re not wrong…going back even further, things like Xbox Kinect and Nintendo Wii tried to take a form of virtuality and were unsuccessful in making it mainstream without long-term, sustainable success. (Not to say these products didn’t sell millions, but I just mean like…when was the last time you or any of your friends played Wii sports or anything on the Kinect?)

And so yeah, we definitely don’t know how this technology is going to pan out in the next few months or years and I’d be the first to admit that I started out more than a little sceptical about how likely it would be that 360 would take off in a big way with the public. But let’s look at a few key points;

Mobile tech giants like Samsung and HTC have released VR headsets that are built exactly for consuming this type of front-seat, virtual media.

These products were marketed HARD in adverts throughout early 2017 and the price of items like Samsung’s 360 camera are consistently dropping.

Prices like these from trusted brands puts this technology square in the hands of the majority market if people choose to pursue it.

Facebook CEO Mark Zuckerberg actually owns the pioneering VR company Oculus. This means that Facebook (you know, the biggest social media company that also owns Instagram) has a SERIOUS vested interest in promoting this new form of media amongst its users.

You can bet that they will be encouraging content creators to use this 360 and VR in the future by changing it’s algorithms to increase the exposure that such posts receive amongst users.

Doing that means that this kind of media is going to become crazy popular with marketers who are desperate to use every SEO trick they have to get ahead meaning you’ll start to see a whole bunch more of it on your newsfeeds. 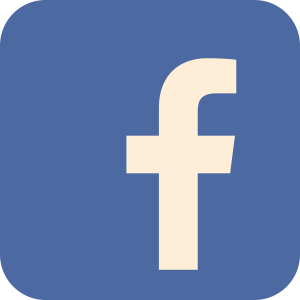 Getty Images shows us in their report that over the course of 2016, the number of searches in their library for images relating to VR increased by 321%. Likewise the searches for 360 images by 94%. 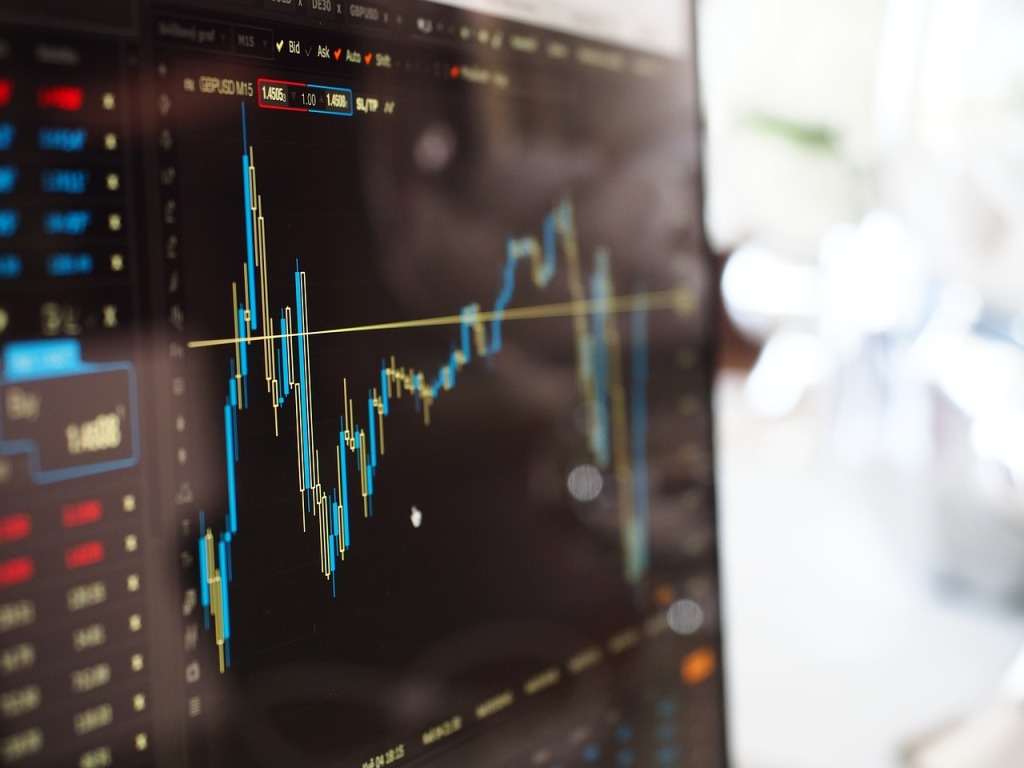 Look at all this supporting data! Nah just kidding, this stock image is the screen of someone who probably makes alarming amounts of money…

What this tells us is that media outlets are starting to look and pay for these images. Profits in digital media is ruled by advertising through page views and so an increase in appetite for this imagery among such websites shows us that it’s getting the attention of the world audience.

Well, not directly. But let’s take a look at the recently released iPhone 8 and iPhone X (*shudder*) being described by Apple CEO Tim Cook as being the biggest leap in mobile phones since the first iPhone.

That’s a pretty mind boggling claim especially considering the first iPhone LITERALLY shaped mobile technology as we know it today (there were no mobile browsers, no integrated MP3 players and no full-touch screen displays like we know them now before the first iPhone).

What is one of their biggest focusing points on this revolutionary new device?

This is a fairly concrete indication of the direction that one of the biggest players in mobile technology is thinking public interest in media consumption is headed towards.

Also having A.R. and V.R. availability on the iPhone puts the technology straight in the hands of millions. We kind of just have to wait and see how  significant an impact this has on social media visual trends.

So at the end of all this what lessons should we be taking away?

That your marketing campaigns for your growing business will be lost causes without 360 content?

That you’ll never find your audience without a 360 camera and laying waste to your followers newsfeed with your glorious 360 content?

Absolutely not….well, glorious photos on your feed sounds awesome but I’m not saying that you should make this form of media the cornerstone of your brand content.

What I think is best to recognise is that;

1. It’s completely inexpensive to get on board with this kind of technology,

2. There’s evidence which demonstrates an increased appetite for 360 content.

3. Because we’re in the early stages of seeing what people can do with this (I personally would love to watch a Wimbledon finale in 360 video if this technology is picked up by TV channels) there are huge opportunities to stand out from the crowd and do something really exciting with this medium to make a name for yourself.

Thoughts? Feelings? Impressions? I’d love to chat with you.

One thought on “Visual trends: Virtuality”